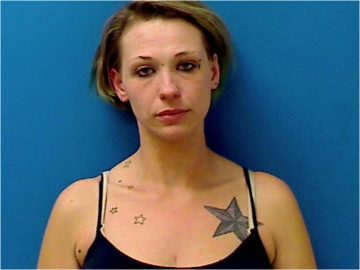 A Hickory woman was arrested by the Newton Police on Tuesday, she’s facing at least 12 counts of failure to appear. 30 year old Ruby Christine Hoard was taken into custody for driving with license revoked and altered registration. The failure to appear counts include felony possession of heroin, possession of marijuana, and possession of stolen goods. Hoard is being held in the Catawba County Detention Center under a secured bond of $30,500.