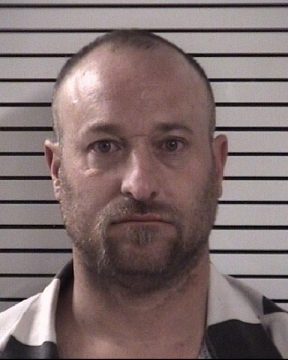 On Tuesday, March 20, 2019 one of the Iredell County Sheriff’s Office Most Wanted Persons was arrested.
The Iredell County Sheriff’s Office Road Patrol Deputies received information about a possible location of 39-year-old Wesley Patrick Fulbright of Stony Point. They contacted narcotics detectives with the information, and for additional assistance.

The deputies went to 423 East Lackey Farm Road. As they were walking to the front of the home, Fulbright ran out the backdoor of the home. A short foot chase took place, then deputies caught and arrested Fulbright.

In addition to these warrants, Fulbright had outstanding warrants for Failure to Appear on earlier drug charges. At the time of his arrest, Fullbright had methamphetamine on his person.

Fullbright is being held in the Iredell County Detention Center under a total secured bond of $622.500.