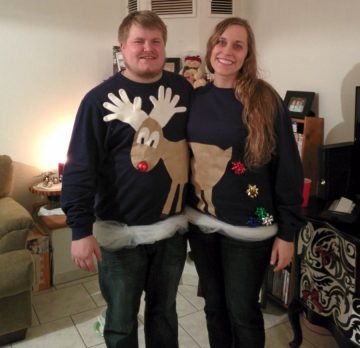 It’s Ugly Christmas Sweater Day ! And the winner is…

1803: The Louisiana Purchase is completed at a ceremony in New Orleans

1999: The Vermont Supreme Court ruled that homosexual couples were entitled to the same benefits and protections as wedded couples of the opposite sex

In the News: Filing period ends at noon today…We will post all filings…Man found dead near highway north of Taylorsville…A tense day ends when suspect is gunned down in Caldwell County, he was a former Taylorsville resident

Weather: Sunny and we might see 50 for the high today 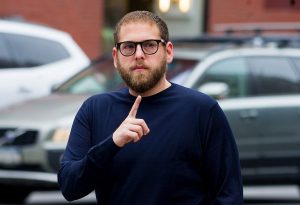 A new study says that half of the United States population will become obese within the next ten years. Poor diet and lack of physical activity targeted as major reasons

Another study says eating hot Chile Peppers is good for the body, the heart in particular

Today is the last day of Autumn. I think Winter should start the day after Thanksgiving and conclude on February 1st but that’s just me, I guess

Quote of the Day: “Problems are the price you pay for progress”…Branch Rickey (Born this day in 1881)