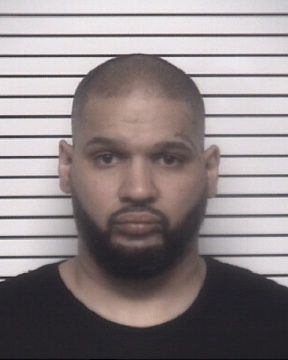 On Tuesday, December 21, deputies with the Iredell County Sheriff’s Office Interstate Criminal Enforcement (ICE) Team conducted a vehicle stop on a 2021 Honda with Massachusetts Registration Plates on Interstate 77 for a traffic violation.

During the course of the stop, the deputies became suspicious of possible criminal activity. The driver was 35-year old Edgar Raphael Rodriguez of Brooklyn, New York. There was also a male passenger inside the vehicle. While being questioned by deputies, the suspect placed the vehicle in drive and sped away.

The deputies started to pursue, the suspect vehicle. During the pursuit Rodriguez threw a handgun out of his vehicle. Officers continued the pursuit seeing Rodriguez strike a tractor trailer rig. The pursuit continued on Interstate 77 with the suspect vehicle striking additional vehicles, and a guardrail before becoming disabled near the 44 Southbound Mile Marker. Both suspects abandoned the vehicle and ran foot.

Information was received about the suspects being in the area of Scarlet Tanager Lane trying to obtain another vehicle, and even making contact with a homeowner to whom they offered money to assist them in hiding from law enforcement.

Canine Officer Wilber was deployed. A perimeter was established and within minutes the suspects were taken into custody without further incident. Once in custody it was determined the second suspect was 16 years old and the son of Rodriguez.

Five ounces of Marijuana and several items of drug paraphernalia were located in the wrecked car. The handgun which Rodriguez threw out of the vehicle was located and after running the serial numbers through a criminal justice data base, it was verified to have been stolen in Pennsylvania.

The 16 year was referred to the Iredell County Department of Social Services which will assist in returning him to his family.