A Maiden woman will serve four-to-six years in prison after being convicted on three counts of solicitation to commit a sexual offense with a child. 38 year old Amy Norris Branch was sentenced in Catawba County Superior Court on Thursday. The sentence will run concurrent to the prison term she is 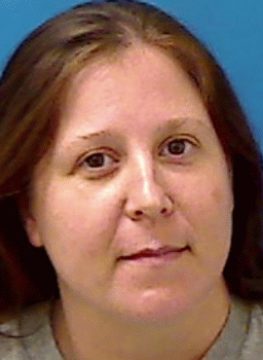 currently serving following a 2017 conviction in Davie County. That term is set to expire in January of 2020.

A co-defendant, Jamie Merritt, pleaded guilty to three counts of first-degree statutory sex offense last month in Catawba County and was sentenced to an active prison term of 20-to-25 years.

The investigation leading to the convictions began in 2015 when Merritt reported his activity to Investigators with the Claremont Police Department. Branch later confessed to her involvement in the crimes. The investigation showed that Merritt and Branch used Benadryl to drug a then-ten-year-old female victim and touch her inappropriately. Merritt also admitted that he engaged in oral sex with the child. The events occurred on three occasions in September of 2010.