We reported Monday the arrest of a woman on two counts of robbery with a dangerous weapon. We’ve learned more. 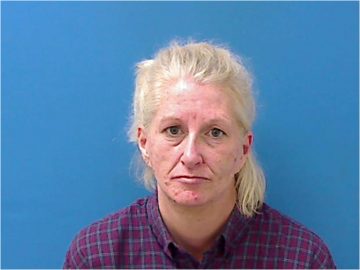 45-year-old Ashley Elizabeth Riser of Concord has been arrested by Newton Police on two counts of robbery with a dangerous weapon. On Saturday Newton Police responded to an armed robbery at the Burger King on Southwest Boulevard. Officers were told that a white female driving an older model white Buick LeSabre pulled up to the drive thru window and pointed a rifle at an employee. The suspect told the employee she would kill her if she didn’t give her money. The worker complied. The suspect vehicle then left the parking lot, traveling north on Southwest Boulevard.

Officers also learned that the suspect was wanted for questioning in connection to an incident at the Holiday Inn on 10th Street N.W. in Conover and also in connection to an armed robbery at the Taco Bell on Highway 70 S.E. in Hickory. Both incidents happened earlier in the day, prior to the Burger King incident. Investigators from Newton and Hickory interviewed the suspect, who admitted to committing both armed robberies.