A Wilkes County man is facing a series of charges in both Wilkes and Caldwell Counties. 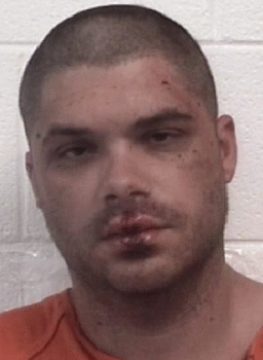 34-year-old Jonathan Wesley Mays of the Boomer Community was arrested on outstanding warrants for two counts of breaking and entering a motor vehicle, two counts of felony larceny, felony possession of a stolen motor vehicle and one count of burning personal property by the Caldwell County Sheriff’s Office. Officers from Wilkes County assisted in the arrest. Vehicle break-ins had been reported in Caldwell County in late November. Mays was developed as a suspect. At the time of his arrest, Mays was in possession of a vehicle stolen in Lenoir. Mays is considered a suspect in similar cases in Wilkes, Watauga, and Iredell Counties.

Mays was arrested Monday , December 3rd near his residence in Boomer after officers received information regarding his whereabouts. Mays was jailed under a $150,000 secured bond. A District Court appearance was set for December 18 in Lenoir with a Superior Court date on January 22 in Wilkes County.