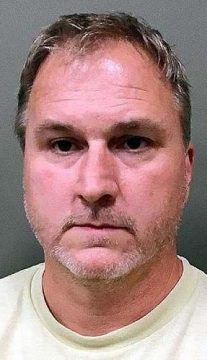 A Wilkes County man has been sentenced to 70 years in prison on child pornography charges.

52-year old Michael Scott Hoover of Hays was also ordered to pay special assessments totaling $132,300. Upon release from prison, Hoover would be subject to supervised release and have to be registered as a sex offender the remainder of his life.

It took a federal jury about 15 minutes to find Hoover guilty of two counts of production and one count of possession of child pornography after two days of testimony in U.S. District Court in Statesville in April 2021. He is in federal custody and will be transferred to custody of the federal Bureau of Prisons upon designation of a federal facility.

Hoover sexually abused at least eight minors within a 10-year period and used his Wells Fargo work cell phone to produce images and videos of two males as young as 12 engaging in sexually explicit conduct between June 2018 and August 2019, according to court documents. Some of the abuse occurred at Hoover’s home and vehicle.

Hoover is still awaiting trial on related state charges in Wilkes Superior Court. These include 23 counts of second-degree sexual exploitation of a minor, 19 counts of indecent liberties with a child and two counts apiece of attempted statutory sex offense and first-degree sexual offense.