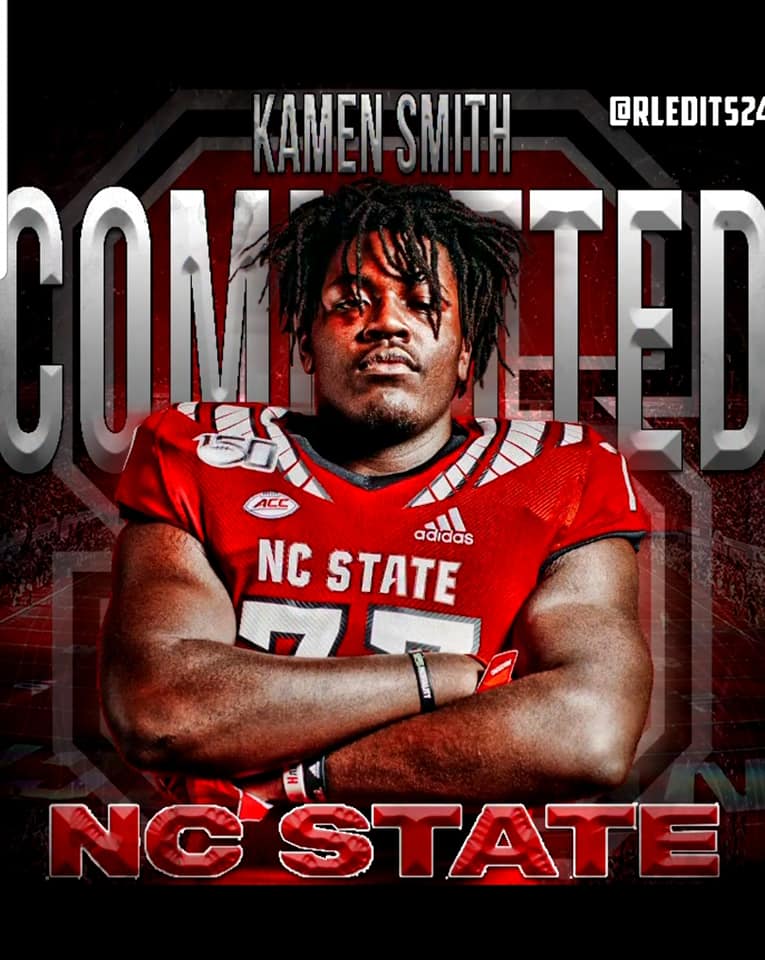 Smith received a long list of offers and had narrowed his choices to North Carolina, App State, Charlotte, and Virginia Tech before announcing his decision to take his football talents to Raleigh over the weekend.