A Virginia man is in custody after being arrested in Iredell County on felony drug charges.

Members of the Iredell County Interstate Criminal Enforcement (ICE) Team were working traffic interdiction on Interstate 77 on Tuesday October 23, 2018 when stopped a Chevrolet passenger car southbound near Mile Marker 59 for traffic violations. During the course of the traffic stop deputies detected the strong odor of marijuana coming from the inside of the vehicle, and conducted a probable cause search of the vehicle.

During the search deputies discovered a large sum of United States Currency in a black back pack along with 23.9 grams of Oxycodone tablets packaged for sale. Additionally, deputies located a bag of Methamphetamine, digital scales, and other materials used for packaging narcotics throughout the vehicle. The amount of currency seized was 20,417.00 dollars. 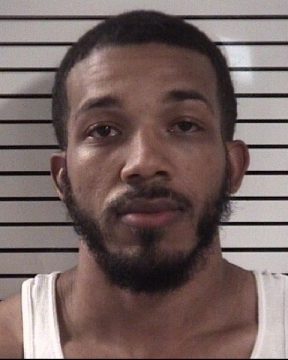