An Alexander County School bus was involved in an accident less than a half mile from the West Alexander Middle School campus. 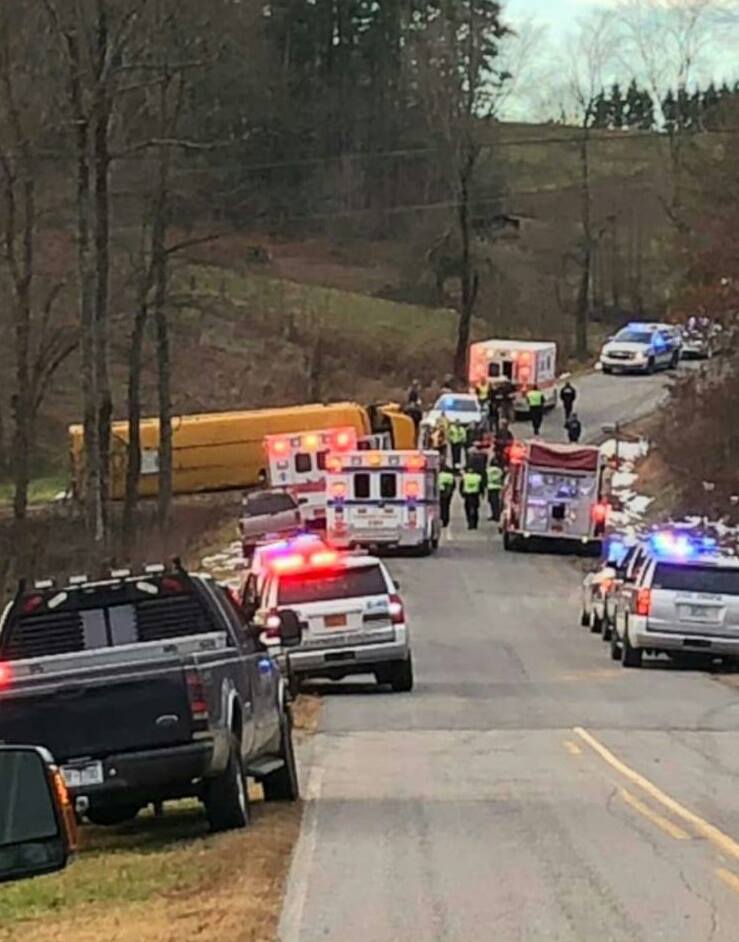 Bus 159 overturned on Icard Ridge Road with 19 students on board and the driver. According to County School superintendent Dr. Jennifer Hefner “13 students and the driver were transported to area hospitals, they were all responsive at the scene of the crash.”

A second vehicle was involved in the mishap but the circumstances surrounding the crash are not certain at this time. The North Carolina Highway Patrol is investigating. The bus was approaching the campus traveling north, the other vehicle was going south and ended up off the roadway around 500 yards from the bus, The driver of the second vehicle was not injured according to reports from the scene.