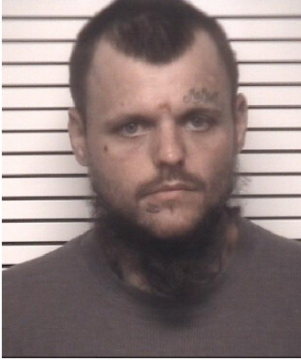 On Sunday, April 3rd members of the Iredell County Sheriff’s Office Warrant Squad received information on a location of a person who was entered as “Wanted.” 34-year old Dustin Blaine Owensby of Trountman was known to make statements that he would not go back to prison and would “Shoot it out with law enforcement officers if they attempted to take him”.

Deputies responded to 1106 Weaver Street. A perimeter was established on an older model camper. Officers began calling commands over a loudspeaker for Owensby to surrender. A short time later a female ran out of the trailer and after being interviewed by the deputies, confirmed Owensby was inside. 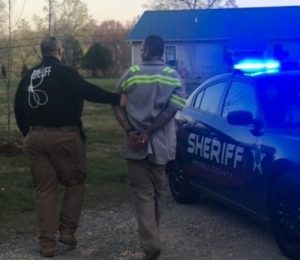 After more than two hours of issuing orders for the suspect to surrender, the decision was made to enter. Owensby was located and transported to the Iredell County Detention Center.

Owensby is being held in the Iredell County Detention Center with a secured bond of $100,000.