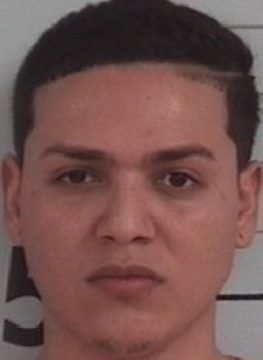 A Morganton teen has been charged with shooting into a home. 17-year-old Richard Edgardo Hidalgo was arrested Saturday by Morganton Public Safety Officers.

Witnesses saw a black vehicle with tinted windows speed away from the area just after they heard a gunshot on Saturday afternoon. Richard Edgardo Hidalgo was charged with felony discharging a firearm into occupied property. The shooting allegedly stemmed from a domestic dispute between Hidalgo and his ex-girlfriend. According to a news release from Public Safety, Hidalgo was not shooting at the house, but at the car his ex-girlfriend was driving. The bullet missed the car, which contained two children, and struck the house.

Hidalgo was scheduled to make a court appearance Monday in Burke County.