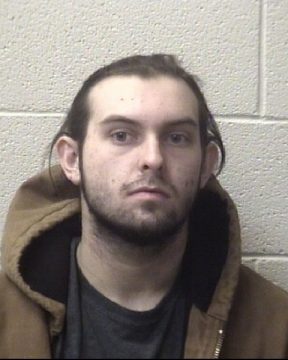 A Stony Point man is facing a series of charges following his arrest by Taylorsville Police. Officers arrested 20 year old Adam Thomas Morgan on January 11th. He is charged with felony possession of methamphetamine, carrying a concealed weapon, possession of drug paraphernalia, resisting a public officer, driving with license revoked, and displaying a fictitious license plate. The arrest came as the result of a traffic stop by officer E.T. Windsor and officer J.E. Lackey. Morgan was placed in the Alexander County Detention Center under a secured bond of $18,000. Morgan made an initial court appearance on Monday January 14th, his next court date on these charges is set for February 4th.