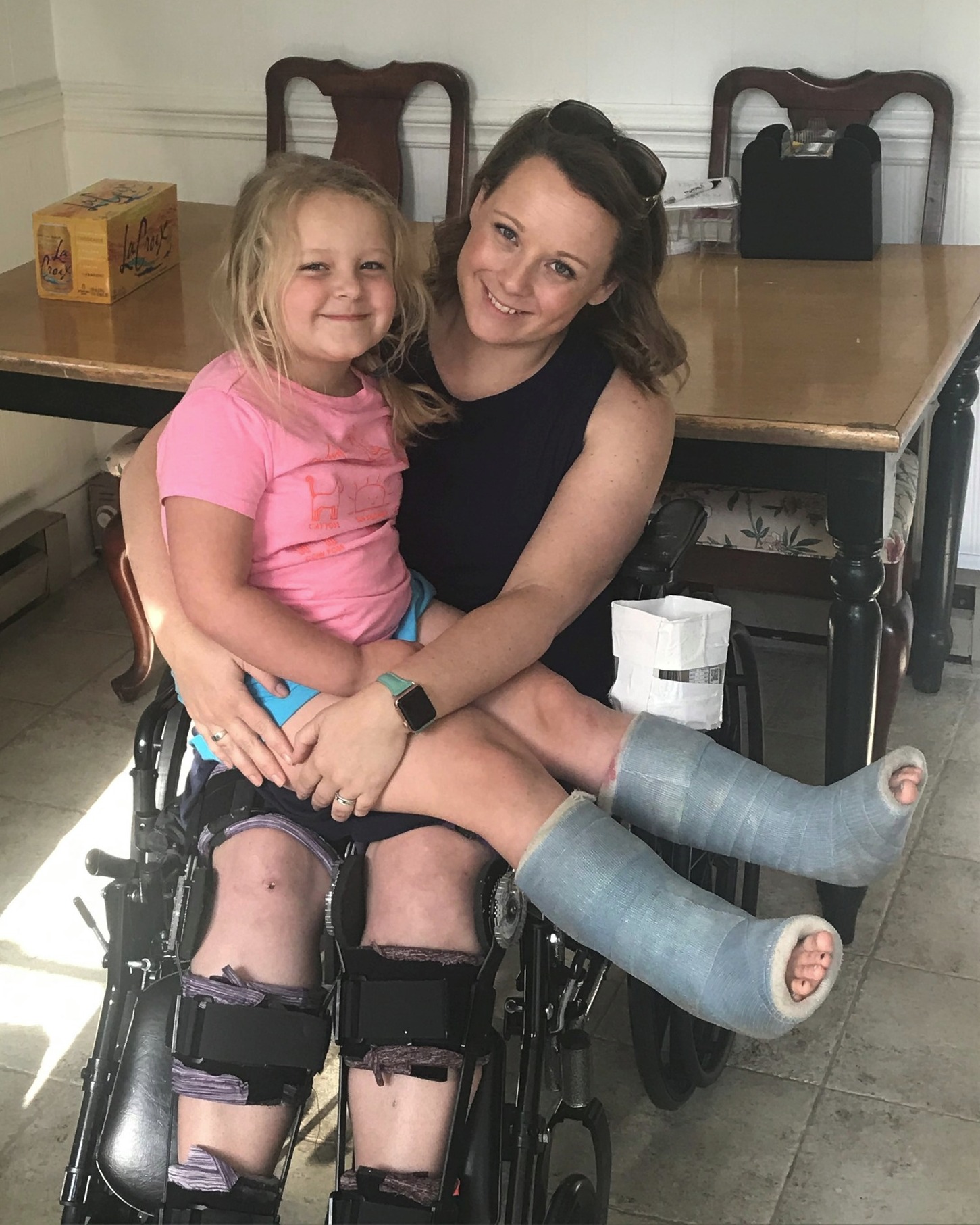 RALEIGH – Taylorsville’s Beulah Coley and her 5-year-old daughter, Cora, were driving back from a weekend getaway at the family’s mountain cabin when tragedy struck unexpectedly.
Thankfully, she and her daughter were wearing their seat belts.

That decision saved their lives and earned Coley the Governor’s Highway Safety Program’s “Saved By the Belt Award” for July. “It was a beautiful, sunny drive,” Coley recalls. “Cora and I were listening to music and discussing our summer plans.”

Less than two miles from their house, Coley watched as an oncoming car ran off N.C. 16, then overcorrected, heading straight for Coley’s vehicle. “There was no time to react before our cars collided head on.”

The accident left Coley and her daughter seriously injured. They were airlifted to Carolinas Medical Center in Charlotte and suffered broken bones and lacerations, but both eventually recovered.
Beulah and little Cora were lucky to survive.

“We were told numerous times in the hospital that we would likely not have survived if we had not been appropriately restrained,” Coley said, adding that their injuries were among the worst their doctors had ever seen.

The Coleys and others like them are the main reason the N.C. Governor’s Highway Safety Program, or NCGHSP, created the “Saved By the Belt Award.”

“Ms. Coley made an incredibly smart decision for herself and her daughter,” said Mark Ezzell, director of NCGHSP. “Their story proves what we already know, that seat belts save lives, and lets us continue spending precious time with our loved ones.”

“Although it’s been hard to watch her suffer, I’m so grateful to be here with my baby,” she said. “I’ve always buckled up – but now I have an even greater desire to share our story and encourage everyone else to take this simple and potentially life-saving precaution.”