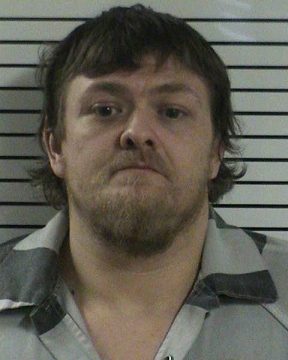 Iredell County Authorties are searching for a Taylorsville man wanted for felony larceny. 39-year old Mathew Scott Johnson is suspected in the theft of vehicle parts.

On Saturday, December 5th, Deputies with the Iredell County Sheriff’s Office were conducting surveillance in the 2000 block of Old Wilkesboro Road in reference to a narcotics complaint.

Deputies observed a suspicious vehicle leave the area, and conducted a traffic stop. Deputies identified the occupants of the vehicle as David Wayne Mecimore of Olin, and Matthew Scott Johnson of Taylorsville.

Three catalytic converters were spotted inside the vehicle. Canine Officer “Danny” was used to conduct a scan of the vehicle. Danny gave a positive indication to the odor of a controlled substance coming from the vehicle.

Pills were located inside the vehicle. Mecimore and Johnson were then questioned about the other items inside the vehicle. Mecimore stated that he bought and sold catalytic converters and that they were coming from a house off of Old Wilkesboro Road where he had purchased there. Johnson stated the same when questioned about the converters but added that he had received permission to remove the converter from a car he was looking to purchase. 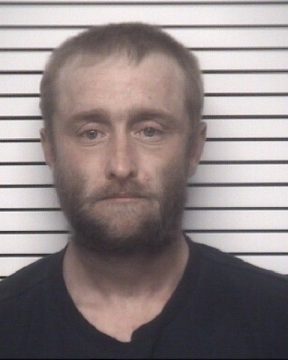 The deputies continued their investigation, and gathered additional information, statements and evidence. On Sunday, December 6, 2020 arrest warrants for Mecimore and Johnson were obtained. Mecimore was arrested and charged with Felony Larceny of Motor Vehicle parts. He was placed in the Iredell County Detention Center with a secured bond of $5,000.

Citizens are asked to contact the Iredell County Sherif’s Office if the information as to the whereabouts of 39-year old Mathew Scott Johnson.