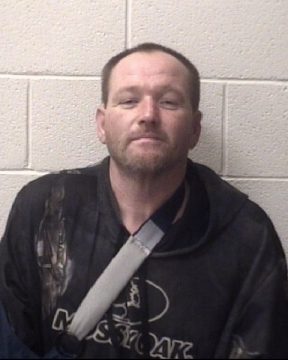 An Alexander County man is facing two dozen charges after his arrest by Taylorsville Police on January 2nd. Jason Lee Barnes, age 41, was developed as a suspect following a series of vehicle break-ins in town. Barnes was captured on video at a couple different locations breaking into vehicles and stealing batteries. He was arrested after a vehicle pursuit by Taylorsville Police. Barnes is charged with 10 felony counts of breaking and entering a motor vehicle, 10 counts of larceny,resisting arrest, possession of stolen property, felony possession of methamphetamine, and possession of drug paraphernalia. The investigation is ongoing and additional charges are anticipated. Barnes was placed in the Alexander County Detention Center under a secured bond of $25,000. The Alexander County Sheriff’s Office assisted in the investigation and arrest.