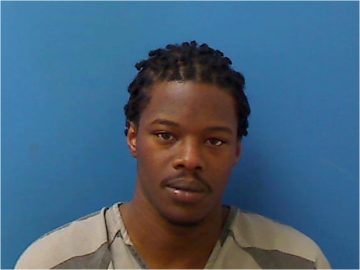 A Taylorsville man is charged with attempted murder following an intense manhunt this morning. 25 year old Deandre Jerome Mack of A.L. Fox Road in the Wittenburg Community of Alexander County was taken into custody around 12:30 pm today in Catawba County.

Mack had eluded authorities since Thursday when he was suspected of assaulting a woman reported to be his estranged wife in Alexander County. Sheriff Chris Bowman said this morning that Mack was listed as wanted after an assault with at least one child present. Mack fled Alexander County after the alleged incident. This morning around 7:30, a woman was stabbed and her mother was also injured at an apartment complex near Conover. The victim suffered life-threatening injures. The victim’s mother was also taken to a hospital for undisclosed injuries.

Mack was arrested by Catawba County Sheriff’s Deputies after he was sighted with a drone. He is charged with attempted first degree murder in Catawba County. He was also served warrants from Alexander County for three counts of first degree kidnapping, assault by strangulation, and assault with a deadly weapon with minor present. He is being held in the Catawba County Detention Center without bond on the attempted murder charge and a $215,000 secured bond on the counts from Alexander County.

Wittenburg Elementary School was briefly placed on “Code-In” status this morning as a precaution after a man was sighted near the school property. The man sighted was not the suspect and the campus operations returned to normal. County Chief Deputy Todd Jones said this afternoon that Mack was “dangerous and we’re glad this is over.”