An Alexander County man has been arrested and he didn’t go quietly. 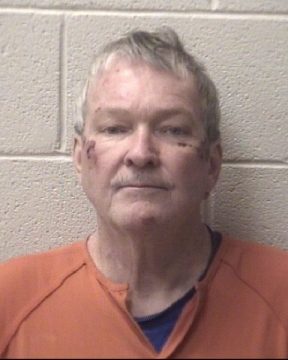 Taylorsville Police Officers responded to a location on West Main Street on Friday, January 26th around 9:30 pm. 64 year old Robert Brian Wilson of Taylorsville was charged with impeding traffic. Wilson was also charged with four counts of assault on a government official/resisting arrest and damage to property. The damage to property charge came after Wilson kicked-out the rear glass window of a Town of Taylorsville Police vehicle. Wilson was placed in the Alexander County Detention Center under a secured bond of $5,000. He is scheduled to make a court appearance on March 4th.