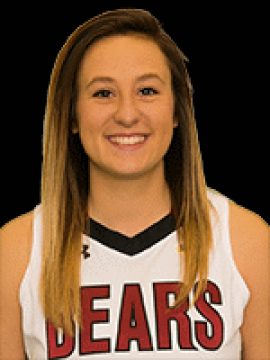 Alexander Central Alum Madi Suddreth has been tabbed pre-season All South Atlantic Conference as a senior member of the Lenoir-Rhyne Lady Bears basketball team. As a junior , Suddreth appeared and started in 29 games for the Bears. She averaged 14.5 points per game, had 43 assists, and 23 blocked shots. Suddreth is a 2015 graduate of Alexander Central.

Lenoir-Rhyne is scheduled to open their season on November 9th against Lander University.