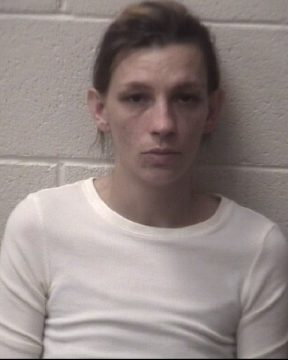 Ashton Leann Bailey, age 33 of Stony Point was arrested by the Alexander County Sheriff’s Office on Friday and charged with a count of failure to appear in court. Bailey is facing a number of pending charges in both Alexander and Iredell Counties including felony breaking and entering and uttering a forged instrument. She was placed in the Alexander County Detention Center under a secured bond of $7,5000. Bailey is scheduled to appear in court on Monday, May 6th in Taylorsville.