On Monday, January 7, 2019 at 6:20pm, Statesville Police Officers were dispatched to a robbery report at New York Styles, located on East Broad Street. Surveillance footage showed two unidentified black males in hoodies enter the store and display a handgun before they fled with cash, jewelry and cell phones. There were no injuries reported. Violent Crime Unit investigators are actively investigating this incident. 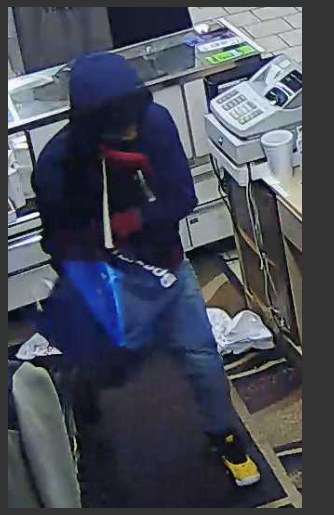 Statesville Police Department is seeking the public’s help in identifying the suspects shown in the attached surveillance photos. If you have any information regarding the identity or location of the suspects, please call SPD at 704-878-3406 or leave an anonymous tip on the Iredell Crime Stoppers line at 704-662-1340.