The Statesville Police Department is asking the public for information after an armed man robbed a gas station Sunday. 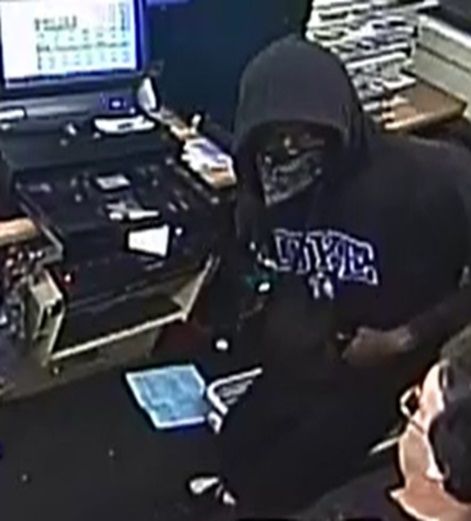 The man entered the Kangaroo Express store on Safriet Road at about 12:15 a.m., police say. The store is off Broad Street across from the Signal Hill Mall.
The suspect demanded money and later fled on foot toward Broad Street. No injuries were reported.
Police say the suspect is a black man who wore a black hoodie, white socks, black Nike sandals and a blue bandana over his face. The hoodie has “DUKE” written on the front in blue.

Anyone who can identify the suspect or has information about the robbery is asked to call police at 704-878-3406.