The Statesville Police Department is investigating a robbery at Kangaroo Express on Safriet Road on Thursday around 10:30 pm. The suspect took a small amount of cash, exited the store on foot and headed toward Broad Street . The man didn’t seem to have a weapon, according to reports. 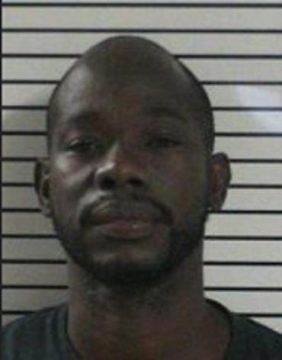 Investigators reviewed surveillance video and interviewed the gas station clerk, according to a release. The department named Donald Donnell Chambers of Statesville as the suspect. Chambers, 48, is wanted on charges of common law robbery. He had not been located as of Friday evening.
Chambers has a criminal record that includes two counts of assault with a deadly weapon, once with intent to kill. Anyone with information on Chambers’ whereabouts is asked to call the police department at 704-878-3406 or Iredell County Crime Stoppers at 704-662-1340.