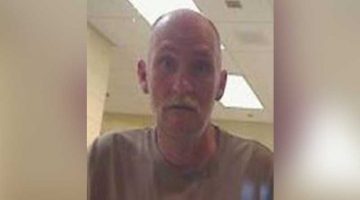 Statesville Police are asking for the public’s assistance in finding a man missing from the Aurora Assisted Living on Ora Dr. in Statesville. Officers learned that 57-year-old Terry Frank Adcock had signed out at 8AM Saturday to go for a walk and did not return. At 6PM, Adcock called the facility saying he was fine and would return soon. He still failed to return to the facility. He was last seen wearing a Blue zip up hoodie, Blue jeans and white shoes. He is about 5’9”, 175 pounds.

Mr. Adcock suffers from health and cognitive issues. A reverse 911 was sent out immediately to notify residents in the area. Mr. Adcock was entered into NCIC as missing, and an NC Silver alert was issued.
If anyone sees Mr. Adcock or has information concerning his whereabouts, please contact the Statesville Police Department immediately at 704-878-3406.