Charlotte, N.C. (Feb. 11, 2019) – Pfeiffer University head softball coach Monte Sherrill has been named the 2019 winner of the Lou Presutti Award at the Greater Charlotte Hot Stove League Dinner held at the Shriners Oasis Temple in Charlotte. He is the first softball coach to win the award. 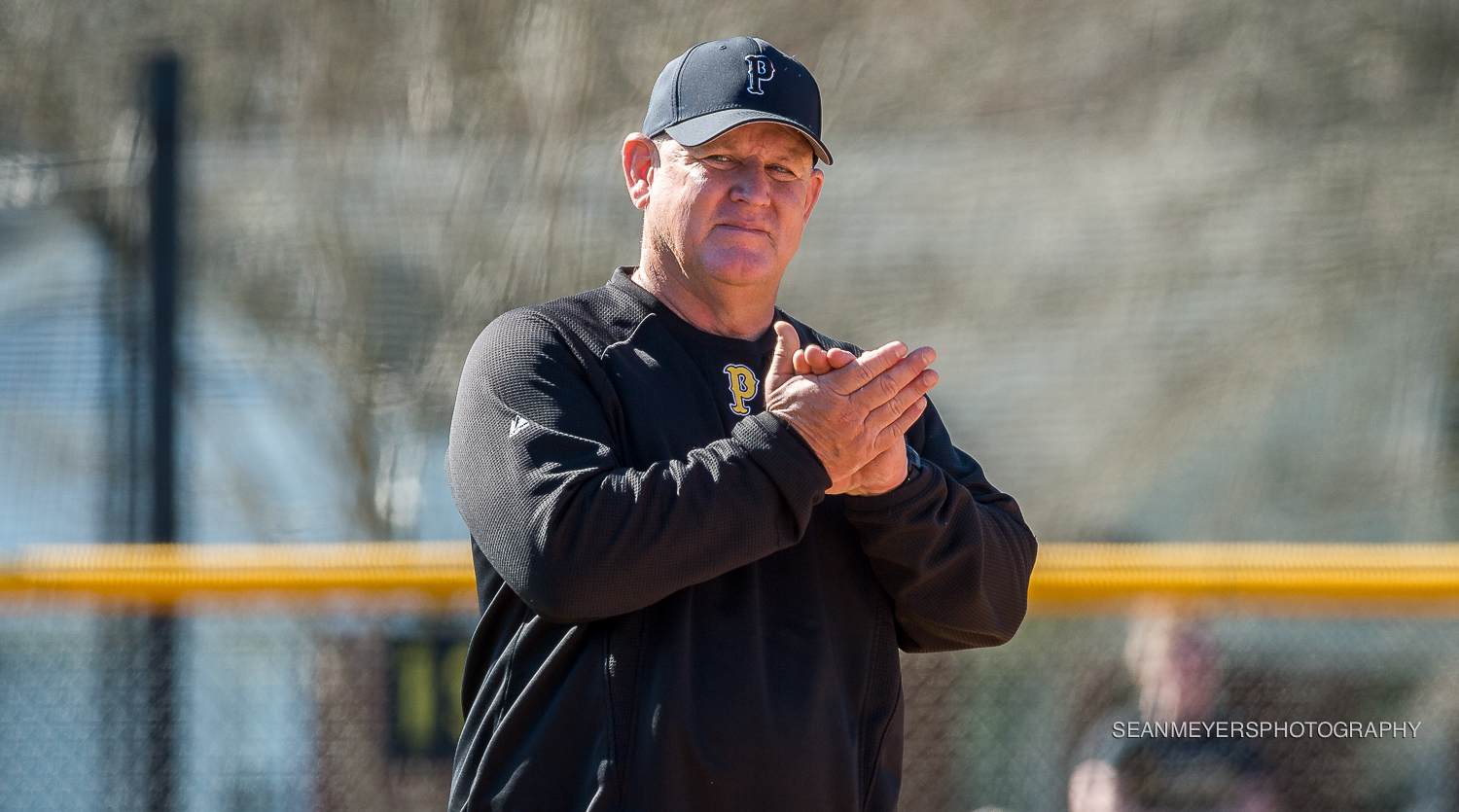 Sherrill enters his fourth season at the helm of the Pfeiffer softball program and has turned the Falcons into a national power since his arrival in Misenheimer.

After a stellar high school career that saw him win 10 NCHSAA 4A State Championships and compile a 754-60 career record while coaching at Central Cabarrus and Alexander Central, Sherrill joined the Falcon program in 2016 and led Pfeiffer to a 39-17 record and the Conference Carolinas Championship, advancing to the NCAA Division II Regional.

In 2017, Sherrill coached the Falcons to a 46-8 record and another appearance in the NCAA postseason. Last season, Sherrill’s team posted an impressive 37-5 mark and captured the ECAC Division III Championship in their first year of eligibility. Entering the 2019 season, Sherrill has a collegiate record of 122-30 and is approaching win 900 for his career.

Sherrill is also a member of the North Carolina Softball Association Hall of Fame and the Pfeiffer University Sports Hall of Fame.  Sherrill was a four-year baseball player for the Falcons under legendary coach Joe Ferebee from 1984-1987.

“Coach Sherrill has been a constant contributor to the game of softball all across the state of North Carolina,” said Tripp Roakes of the Greater Charlotte Hot Stove League, the organization that administers the award. “He has given endless hours to promote the game of softball, to help young girls become better players and citizens.  Giving back to the game is something that comes very natural for Coach Sherrill.  The Greater Charlotte Hot Stove League is very proud to present Coach Sherrill with the 2019 Lou Presutti Award.”

The Lou Presutti Award is named after Louis A. Presutti, founder of the Cooperstown Dreams Park, a facility located at the National Baseball Hall of Fame in Cooperstown, N.Y.  The field, allows youth from around the world to play the game of baseball and softball on the hallowed grounds of the Hall of Fame.