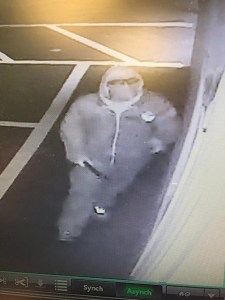 Investigators with the Alexander County Sheriff’s Office are investigating a breaking and entering that occurred during the early morning hours of March 21st . The suspect broke an office window at Perry Lowe’s Apple House in the Sugar Loaf Community. The suspect took coins from a money box before fleeing on foot. 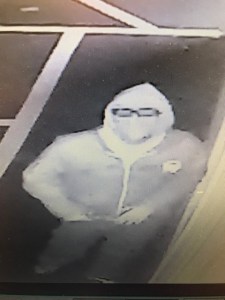 Surveillance video of the suspect shows them to be wearing a hooded jacket or possible coveralls with a bandanna on their face. The suspect was wearing tennis shoes with reflective trim and was carrying a pry tool. They also appear to have been wearing dark thick rimmed glasses. A similar break in occurred at the business approximately a month and a half ago. A reward is being offered for any information leading to the arrest of the individual responsible in this case. Please call the Alexander County Sheriff’s Office at 828-632-2911 or Crime Stoppers at 828-632-8555 if you have any information.