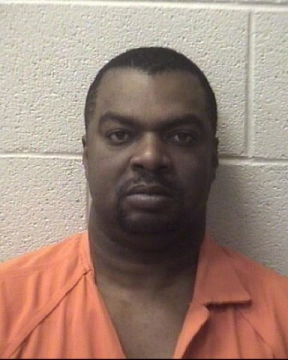 On Saturday, October 27th an Alexander County Sheriff’s Deputy was conducting a traffic stop on NC Highway 16 north of Taylorsville. While discussing the stop with a member of the NC State Highway Patrol who had stopped to assist, the deputy observed a vehicle approaching at a high rate of speed and failing to move over from the patrol cars parked on the shoulder of the roadway with their blue lights on. The deputy attempted to get the drivers attention with his flashlight but the car continued towards him. The deputy was forced to jump for safety, during which time he was struck in the knee by the passing vehicle’s passenger side mirror. The deputy suffered no serious injury from the incident and the driver was stopped a short distance down the road.
Timothy Daniel Chatman of Hiddenite was arrested and charged with Driving While Impaired, Failing to Move Over, Possession of Drug Paraphernalia and Felony Assault with a Deadly Weapon on a Government Official. He was taken before Magistrate Hall at the Alexander County Detention Center and given a $ 4,000. 00 bond.
Sheriff Bowman would like to remind travelling motorist of North Carolina’s Move Over Law which took effect in January of 2002. The Law requires that motorist, if they can safely do so, slow down and move one lane away from any law enforcement or other emergency vehicle that is on the side of the highway with its lights flashing. On a two-lane highway motorist should slow down, move over and approach cautiously according to General Statute 20-157(f). A violation of the move over law will result in a fine plus court cost as well as putting emergency personnel’s lives in danger.