1888: The public was admitted to the Washington Monument for the first time

1919: The Cincinnati Reds won the World Series. The win was tainted when 8 Chicago White Sox were charged with throwing the game. The incident became known as the “Black Sox” scandal

1994: – The U.S. sent troops and warships to the Persian Gulf in response to Saddam Hussein sending thousands of troops and hundreds of tanks toward the Kuwaiti border 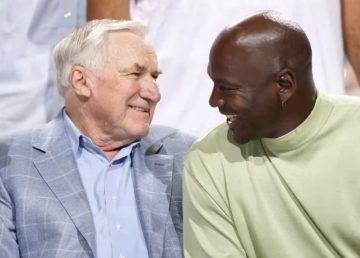 Dean yuks it up with MJ

1997: Dean Smith announced his retirement as basketball coach at UNC

In the News: Law Enforcement searching for man involved in fatal accident in Lenoir…Hiddenite man charged with sexual battery…Stony Point man nabbed with morning in Hickory…Taylorsville Police arrest woman for larceny…Alexander County Schools getting some new computers thanks to grant…

Sports: Cougar Soccer fall on the road to Statesville…AC Football team trying for some redemption…Cam won’t make trip with Panthers to London…App St Coach is a dad, again…Rays force game V in NLDS…Braves host Cards and Washing at the Dodger in two deciding games 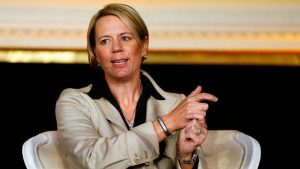 It’s expected that Social Security recipients will get a cost of living adjustment next week. Estimates are that it will be around 1.5 percent. The official announcement is set for next Thursday

For the first time since March, I overheard someone say, “I’m cold” on Tuesday

I see where large Elk have been charging at cars on the Blue Ridge Parkway. That’s not very neighborly at all

Quote of the Day:”Men have become the tools of their tools”…Henry David Thoreau