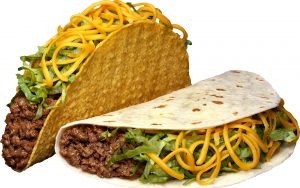 Happy Taco Day ! Don’t mind if I do

1535: The first complete English translation of the Bible was printed

1933: “Esquire” magazine was published for the first time

1957: The Soviet Union launched Sputnik I into orbit around the Earth. Sputnik was the first manmade satellite to enter space

2001: Washington’s Reagan National Airport re-opened. The airport had been closed since the terrorist attacks on the United States on September 11, 2001

Baker Mayfield probably needs to be benched but where do the Panther go ? https://www.cbssports.com/nfl/news/panthers-matt-rhule-doesnt-rule-out-benching-baker-mayfield-after-week-4-loss-were-not-good-enough/?fbclid=IwAR03DdxCo8RHM3MCccm2jmYxl4GsKi2kJhm_e1lgCouZBvQ83JEczTCsL38

Quote of the Day: “Life isn’t about finding yourself. Life is about creating yourself”…George Bernard Shaw