It’s Peanut Day ! Without Peanuts, we couldn’t have Peanut Butter. Remember that

Today is Positive Thinking Day. It’s a struggle sometimes to be positive and realistic

1788: The Constitutional Convention decided that the first federal election was to be held on Wednesday the following February. New York City was named the temporary national capital

1948: Margaret Chase Smith is elected United States senator, and becomes the first woman to serve in both the U.S. House of Representatives and the United States Senate 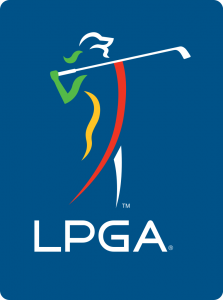 1949: The Ladies Professional Golf Association of America was formed

1956: The IBM 305 RAMAC is introduced, the first commercial computer to use disk storage

1971: National Guardsmen stormed the Attica Correctional Facility in New York and put an end to the four-day revolt. A total of 43 people were killed in the final assault

2001: Secretary of State Colin Powell named Osama bin Laden as the prime suspect in the terror attacks on the United States on September 11. Limited commercial flights resumed in the U.S. for the first time in two days

In the News: Alexander County Board of Elections to test voting equipment…Board of Education meets today…Fatal fire in Burke County…Hickory man charged with being armed at courthouse…Lenoir man facing long list of charges

Weather: Perfect ! Sunshine and 80, not a lot of humidity

An interesting slant on why some of us got COVID and some of us didn’t https://www.wired.com/story/the-mystery-of-why-some-people-dont-get-covid/

Quote of the Day: “Bluegrass is wonderful music. I’m glad I originated it”…Bill Monroe (Born this day in 1911)