It’s Typewriter Day ! The only ones left are in museums

Happy Let it Go Day. I guess we all have some things we need to leave behind us

1917: In a game against the Washington Senators, Boston Red Sox pitcher Ernie Shore retires 26 batters in a row after replacing Babe Ruth, who had been ejected for punching the umpire

1926: The College Board administers the first SAT exam

1960: The Food and Drug Administration declares Enovid to be the first officially approved combined oral contraceptive pill in the world. The “Pill” is born https://en.wikipedia.org/wiki/Combined_oral_contraceptive_pill

1965: Smokey Robinson and the Miracles released “Tracks of my Tears”

1979: The Charlie Daniels Band releases “The Devil Went Down to Georgia” 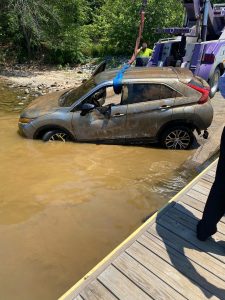 Weather: We set a record on Wednesday at 97. Not as Hot today, we’ll settle in around 90 but with higher humidity

Quote of the Day: “Get your facts first, then you can distort them as you please”…Mark Twain