It’s Clean Out Your Refrigerator Day ! Hey, what’s that in the aluminum foil ?

Happy America Recycles Day ! I just can’t understand why some are so stubborn and refuse

The  Continental Congress approves the Articles of Confederation in 1777

1995: Texaco agreed to pay $176 million to settle a race-discrimination lawsuit

Weather: Yuk ! It’s nasty out there.. Could be some slick spots ! Be Patient, Be Careful, Be Wise !

Sports: Cougar Football Planning for today’s practice not being the last one of season…Some comments from Coach Carter…LRU’s Cronic named Coach of the Year…Packers at Seahawks tonight…Lebron hits scoring milestone…deGrom and Snell win Cy Young Awards 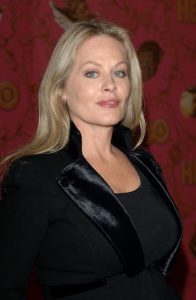 I spent three days looking for a pair of running pants. No, I’m planning to wear them but they are warm. Finally found them in the clothes hamper. I can’t believe I ever put them there

Quote of the Day:”I’m a lousy writer; a helluva lot of people have lousy taste”…Grace Metalious