It’s Smart is Cool Day. Cool is smart too

1962: President Kennedy announces that American reconnaissance planes have discovered Soviet nuclear weapons in Cuba, and that he has ordered a naval “quarantine”

President Reagan signs the Tax Reform Act of 1986 into law

Weather: Chilly Start but it’s going to be beautiful today 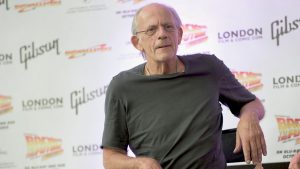 Rae Carruth is released from prison today. Sure hope he doesn’t move into my neighborhood

True story. A man in Greenville ordered water at a restaurant, took a sip, and left a $10,000 tip.

Justice was served when Isaac Chapman was named to the Shrine Bowl on Sunday. He’s been a rock on the Cougar defense and has been an example of hard work and dedication

Quote of the Day: “No man should ever plan more garden than his wife can how”. ..Old proverb