1953: The Federal Communications Commission (FCC) approved color television specifications . Do you remember having a black and white set ?

1976: The Air Force closed its Project “Blue Book” by concluding that there was no evidence of extraterrestrial spaceships behind thousands of UFO sightings

1976: WTCG-TV, Atlanta, GA, changed its call letters to WTBS, and was uplinked via satellite. The station became the first commercial TV station to cover the entire U.S

1989: The Simpsons premiere on Fox Television

In the News: Statesville man will serve at least six years for assault on pregnant girlfriend…Hickory man charged overnight with trafficking in methamphetamine…Conover man charged with terrorizing to injure… 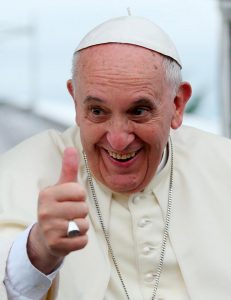 Jon Pilkenton, the Alexander County Director of Planning and Development will join me in the studio this morning at 7:45. We’ll talk about a Bethlehem community Meeting set for Tuesday. The meeting concerns planning for the anticipated growth in the Bethlehem area

Sure hope the Panthers can look a little better tonight. Five straight losses are more than enough

Weather is a bit different this morning as compared to last Monday, wouldn’t you say ?

Quote of the Day: “One of the most glorious messes in the world is the mess created in the living room on Christmas day. Don’t clean it up too quickly”…Andy Rooney