1921: Researchers at the University of Toronto, led by biochemist Frederick Banting, prove that the hormone insulin regulates blood sugar

1953: Cessation of hostilities is achieved in the Korean War when the United States, China, and North Korea sign an armistice agreement

1996: In Atlanta, a pipe bomb explodes at Centennial Olympic Park during the Summer Olympics. 1 person would die, 1 person was injured

In the News: COVID-19 count now over 250 in Alexander County…New ABC Store opens today in Bethlehem…Homicide investigation underway in Statesville…Man arrested for felony breaking and entering and larceny in Alexander County…Taylorsville woman jailed…Car chase in Hickory…Woman injured while “Dumpster Diving” in Morganton

Weather: More of the Same, Sunny, High near 90, maybe a Boomer this afternoon

Sports: First weekend of Baseball in the books, nobody is undefeated and nobody is winless…Canes in the “Bubble”…NASCAR Hall of Famer dies 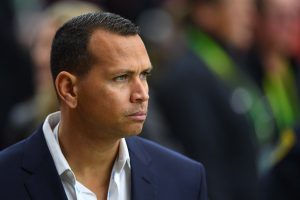 Regis Philbin passed over the weekend. We’ve all said “Is that your final answer?”…Regis was 88

We lost Olivia De Havilland too, she was 104

Take Back Portland ! All of sudden, the mayor and governor has decided it’s a riot

Quote of the Day: “Nice guys finish last”…Leo Durocher (Born this day in 1905)