Today in Frankenstein Friday. He, by legend was created on this day 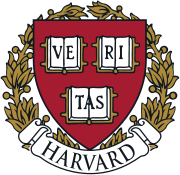 1636: Harvard College was founded in Massachusetts. The original name was Court of Massachusetts Bay Colony. It was the first school of higher education in America

1793: Eli Whitney applied for a patent for his cotton gin

1886: The Statue of Liberty was dedicated in New York Harbor

1919: Congress enacted the Volstead Act, also known as the National Prohibition Act. Prohibition was repealed in 1933 with the passing of the 21st Amendment to the Constitution

1962: Soviet leader Nikita Khrushchev informed the U.S. that he had ordered the dismantling of Soviet missile bases in Cuba

1985: John A. Walker Jr. and his son, Michael Lance Walker, pled guilty to charges of spying for the Soviet Union

1995: The Atlanta Braves win the World Series in six games with a 1-0 win over Cleveland

Weather: Partly Sunny with a high in the 60’s

Sports: Cougars will be short-handed tonight at Freedom, what’s new about that ?…Pack rally to beat Virginia Tech…Ravens rally to beat Little Tommy and the Bucs…Panthers at Atlanta on Sunday…World Series Game I tonight in Houston…NASCAR runs Martinsville

With the exception of Joe’s basement, the economy is tanking https://www.marketwatch.com/story/millions-of-working-americans-are-living-paycheck-to-paycheck-and-running-out-of-cash-as-another-recession-looms-11666838538

Qute of the Day: ” I just can’t play the game anymore. I’m 63 years old, and I’ve been in the business for 40 years now. I take good advice and direction really well, but I don’t need somebody that finished college two years ago to come in and tell me what I should be recording”…Charlie Daniels…(Born this day , 1936 in Wilmington NC)