1881: The Gunfight at the O.K. Corral takes place at Tombstone, Arizona

“Doonesbury” by Gary Trudeau premieres in 28 newspapers in 1970

The National Football League awards a franchise to Charlotte in 1993. The Panthers would begin play in 1995

In the News: Early voting turnout about 16 percent so far in Alexander County… Teen from Conover listed as missing…Taylorsville man arrested after traffic stop for drugs and weapons offenses…Alexander County woman charged with assault…Saturday is another “Clean Alexander Day”

Sports: Cougars host Hickory tonight in the mud…Baby Cougars run win streak to 30…App gets slammed in Statesboro…Panthers get ready for Ravens…World Series Game III in Los Angeles…NASCAR runs in Martinsville, I go faster on the Interstate but tell the Highway Patrol 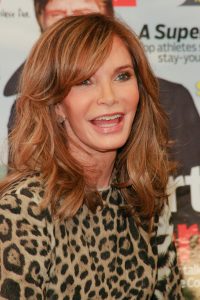 Life has taught me that when someone tells you, it’s no big deal, it’s a big deal

With Halloween coming, I’m mulling how to disguise myself. By the way, do people still roll yards ?

Quote of the Day:”Clark Gable’s ears make him look like a taxicab with the doors open”…Howard Hughes