1870: Georgia becomes the last of the former Confederate states to be readmitted to the Union 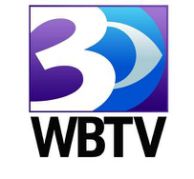 1949: WBTV goes on the air in Charlotte. It was the 13th TV station in the United States

1968: Commercial air travel began between the U.S. and the U.S.S.R., when the first plane, a Soviet Aeroflot jet, landed at Kennedy International Airport in New York

In the News: Former Iredell Church leader gets prison time…Taylorsville man charged with possession of weapon of mass destruction…Search for man accused of disposing of body continues by Burke County Sheriff’s Office…Big Concert and Fireworks Saturday night in Taylorsville…

Stephen A is on Medical Leave. Sadly, he’ll return https://nypost.com/2022/07/14/stephen-a-smith-missing-first-take-due-to-shoulder-injury/

Quote of the Day: ”Remember not only to say the right thing in the right place, but far more difficult still, to leave unsaid the wrong thing at the tempting moment”… Benjamin Franklin