1834: In New York City, Cornelius Lawrence became the first mayor to be elected by popular vote in a city election 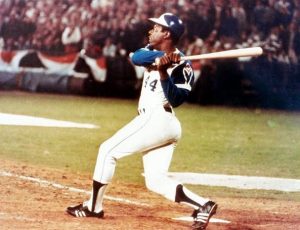 1992: Retired tennis great Arthur Ashe announces that he has AIDS, acquired from blood transfusions during one of his two heart surgeries

Weather: Sunshine but cool. Windy too

Sports: Alexander Central tennis gets win…Cougar Softball and Baseball at home today…Brzykcy converting to closer role…Braves lose in opener…Tiger in the hunt after round one of the Masters…Canes clinch playoff spot…Hornets beat the Magic…NASCAR in Martinsville

If you try to find me this weekend, I’m watching the Masters

Quote of the Day: “For me, a good friend is someone you might only see once or twice a year but each time it feels as though you’ve just seen them last week”…James Herbert