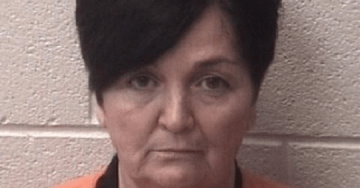 On October 25th 2018, members of the Alexander County Sheriff’s Office responded to the Alexander Correctional Institute located on the Old Landfill Road in reference to an investigation concerning a prison employee possibly providing contraband to an inmate at the facility. 53 year old Lisa Wilson Adams of Lenoir, an employee of the NC Dept. of Corrections, was placed into custody.

Adams was charged with 2 counts of Felony Providing Contraband to an Inmate and 1 count of Misdemeanor Providing Tobacco Product to an Inmate. Her bond was set at $25,000.00 and her first court date was Monday, October 29th .

The investigation is continuing.