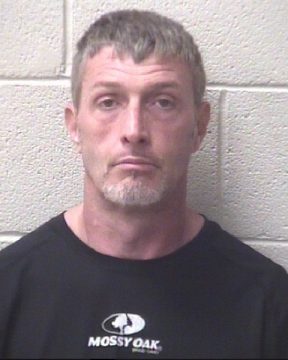 Alexander County Sheriff’s Deputies arrested 45-year old Michael Dean Collier of Mocksville in the pre-dawn hours on Tuesday, September 21st. He was taken into custody hiding in a wooded area in Bethlehem.

Collier was allegedly attempting to steal catalytic converters from vehicles parked at a Bethlehem business. He is being held in the Alexander County Detention Center with a secured bond of $75,000.