Authorities in Burke County are searching for a man who led them on a high-speed chase Wednesday night before jumping and running. 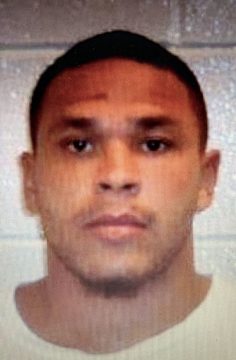 Tyler Dwayne South, 28, is wanted on a charge of fleeing to elude arrest after a chase reaching speeds of 110 mph Wednesday according to the North Carolina Highway Patrol.
The chase began after South was clocked speeding on Interstate 40. He led law enforcement on a chase south on U.S. 64 at around 7:20 p.m., causing a couple of property damage only collisions on the way and hitting two Highway Patrol vehicles. The chase ended on U.S. 64 just beyond Duckworth Circle in Morganton. South hit a parked car and ran..
Police found 107 grams of methamphetamine, 44 grams of marijuana, 4.5 grams of heroin and drug paraphernalia in his vehicle.

South has previous convictions of felonious restraint, trafficking a schedule I controlled substance, possession of a schedule II controlled substance, riot and civil disorders and possession of a firearm by a felon, according to the North Carolina Department of Public Safety website.
Anyone with information on South’s whereabouts should contact the State Highway Patrol office at 828-438-6291, or the Burke County Sheriff’s Office at 828-438-5500.