Today is the day that three schools in Alexander County were to be “Blown Up” according to a threat by an inmate at the local state prison. The prison was also targeted for a potentioal bomb.

On November 15th, a letter that originated from the Alexander County Correctional Institute was intercepted. The letter indicated that the prison would be “blown up” as well as the three closest schools on December 27th. The letter was addressed to Legal Services in Raleigh and was was signed by an unnamed inmate. That inmate denied any knowledge of the letter. The letter was sent to the North Carolina Crime Lab to be analyzed for fingerprints and DNA. 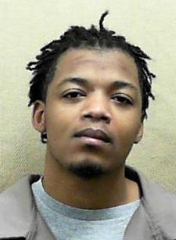 On November 26th, 24 year old Sadarius Trumane Douglas was charged by the Alexander County Sheriff’s Office with three counts of threat of mass violence on educational property, and making a threat of a destructive device on the local prison as well. Douglas is currently serving a 12 year sentence for statutory rape. He was convicted of the rape charge in Lincoln County. He is currently scheduled to be released in 2022.

Sheriff Chris Bowman said after the arrest that the investigation points toward a possible “turf- war” within the local prison. The scenario outlined by the Sheriff indicates that the suspect, Douglas was attempting to implicate another inmate as the author of the letter. When asked why, Bowman said it’s possible it was an effort to get the other inmate transferred out of the Alexander County Prison.

The next Alexander County Court date for Douglas is March 25th, 2019. He remains an inmate at the local prison. Sheriff Bowman has stated that there has been no evidence indicating that anyone else was involved in the threats. The North Carolina Department of Corrections is still conducting their own investigation into the threats as well.