The armed robbery of a Catawba County business ended with the death of a suspect over the weekend. The robbery happened just before 9 pm Friday when a man demanded drugs at the CVS Pharmacy on Highway 127 South of Hickory in Mountain View. The man showed a weapon and fled the store after getting into a car driven by a female. A high-speed chase followed after law enforcement spotted the vehicle. Speeds have been reported to have reached 100 miles per hour. The car was stopped in Lincoln County but the man suspected of robbing the pharmacy fled on foot into a wooded area. 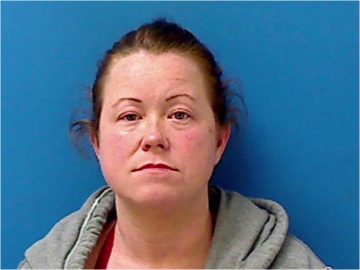 The driver, Rebecca Lynn Miller, age 39 of Lenoir was charged with conspiracy to robbery with a dangerous weapon, fleeing to elude arrest with a motor vehicle, and resisting arrest. Miller is being held in the Catawba County Detention Center under a secured bond of $250,000.

The male suspect was spotted walking along a Cleveland County roadway Saturday morning by a Cleveland County Deputy. The suspect, still not officially identified, ran into a wooded area and was later found dead of a self-inflicted gunshot wound.