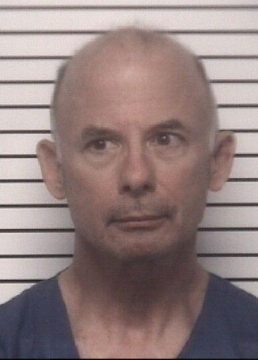 A man who was shot by a Deputy Monday in Iredell County is facing charges. David Allan Nagy, 59, of Union Grove barricaded himself after firing shots at officers. He’s charged with felony assault with a firearm on a governmental official and misdemeanor communicating threats. Bond was set at $200,000. Additional charges are expected according to Iredell County Sheriff Darren Campbell.

Campbell said the incident began Monday afternoon when a relative called the sheriff’s office and asked for a welfare check on Nagy. When the deputies arrived, Nagy acknowledged them, then pulled a pistol and threatened to kill them, Campbell said. He immediately retreated into the home and barricaded himself according to the Sheriff.

Additional deputies responded and a perimeter was established. The Iredell County Sheriff’s Office Emergency Response Team was activated and an armored personnel carrier called a Bearcat was sent was well. Campbell said the Bearcat was utilized to safely remove deputies from the perimeter and replace them with SERT members. Negotiators began trying to communicate with Nagy in attempts to get him to surrender

After two hours of attempted negotiating with Nagy, OC gas was placed into the residence. Nagy came out of the rear of the home and was armed with an AR-15 style rifle. Campbell said he pointed it at deputies and fired multiple shots at the deputies. A SERT team member shot at Nagy, hitting him, Campbell said.
Deputies administered first aid to Nagy, who was continuing to resist arrest, Campbell said. A first responder was assaulted while providing treatment as well. Nagy was taken to a local hospital for treatment, and upon release, was taken to the Iredell County Detention Center.

Campbell said the North Carolina State Bureau of Investigation was called in to assist, which is standard protocol for an officer-involved shooting and the deputy is on administrative leave, which is sheriff’s office policy.

Nagy’s criminal history includes a misdemeanor charge of assault on a governmental official, hit-and-run with property damage, DWI and other driving-related charges.