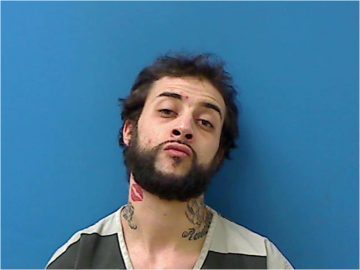 A man who is suspected of a shooting and kidnapping on Friday in Catawba County is now in custody. The Catawba County Sheriff’s Office arrested 27 year old Derek Andrew Moser of Hickory this morning. He had been listed as a suspect following an incident on Friday involving one person suffering a gunshot wound and a possible kidnapping.

Moser is charged with assault with a deadly weapon with intent to kill or inflict serious injury, second degree kidnapping, and larceny of a motor vehicle. Moser was placed this morning in the Catawba County Detention Center under a secured bond of $145,000. He will appear before a judge on Monday in Newton. The Catawba County Sheriff’s Office has yet to release further information.