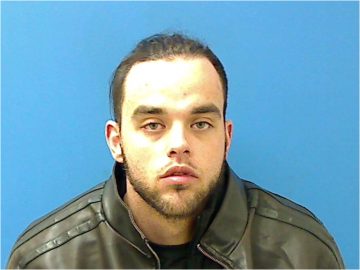 A former Alexander County reisdent was arrested today on drug charges by Hickory Police. 27 year old Jason Dakota Campbell was charged with felony possession of methamphetamine. He was placed in the Catawba County Detention Center under a secured bond of $40,000. His is scheduled to appear in court on January, 2, 2019 in Newton.