The Iredell County Sheriff’s has announced the arrest of a Statesville man on a charge of statutory rape. 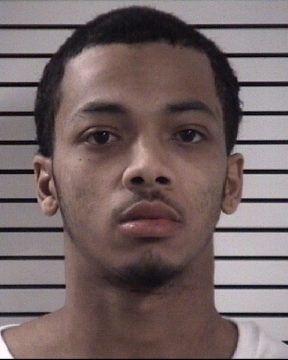 In January, an investigation began in reference to a rape involving a minor. 20 year old Ollie James Thomas was identified as a suspect. Thomas was interviewed by detectives and based on the interview, statements, and evidence, Thomas has been charged with first degree statutory rape of a minor.
Thomas was served with a warrant at the Iredell County Detention Center where he was already being held on charges of felony larceny of a firearm and felony fugitive from justice offenses. He is being held under a secured bond of $150,000.