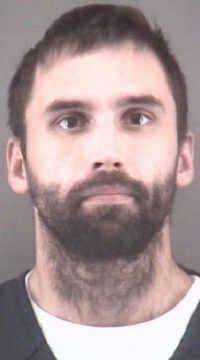 A man has been charged with the murder of a Wilkes County woman. Jaron Alan Kubler, 29 of Kernersville has been charged with the murder of 25 year old Kayla Melissa Dubuque of North Wilkesboro. Dubuque was found dead in the home of Kubler in Forsyth County. Kubler was arrested by Police in Washington,D.C. on Sunday, January 6th. He is reported to have approached an officer and admitted to the murder of a woman in North Carolina. The cause of the death has not been released by the Forsyth County Sherrif’s Office.

Kubler was returned to North Carolina on Wednesday, January, 9th. He has been charged with first-degree murder, kidnapping and the misdemeanor offense of solicitation of prostitution. Kubler was convicted of assault with a deadly weapon with intent to kill inflicting serious injury in Greene County in May 2013 and was sentenced to four years in prison. He was released on parole in March 2015. Kubler was convicted of robbery with a dangerous weapon In Burke County in January 2009 and was sentenced to two months in prison for that offense.